You can find many information on the Japanese dog breed SHIBA INU on the internet.

What we would like to share with you here is related more to our opinions and personal observations.

The following saying applies perfectly to SHIBA INU dog breed: “A big dog in a small package”. Despite its small size, a shiba acts as if it was the largest dog among Japanese breeds and has a brave heart. At the same time, it is never aggressive. A shiba loves its owners with its entire heart – if they deserve the love, of course – but doesn’t show its feelings excessively. The dogs of that breed love to play together with their owners and even though they are always ready to engage in a game, they are never over-insistent. If the owner doesn’t feel like playing, a shiba respects that and retreats to a solitary corner. Generally speaking, a dog of that breed is a wonderful companion but at the same time always keeps its distance. A shiba has a favorite place at the house – a solitary corner where it hides and rests.

Raising a dog of SHIBA INU breed requires a lot of patience and consistency. A shiba is unusually smart and quick at discovering its owners’ soft spots. In additions, it remembers bad experiences for a long time and therefore, it is very important to socialize the puppy properly from its early days and to avoid, if possible, stressful situations at that time. SHIBA INU puppies require a lot of attention and firmness from their owners. The dogs may display their independence steaming from the primal traits of that breed as well as be inclined to waywardness so any future shiba owner should know about the breed’s unique characteristics and accept them – then and only then, a person gains a dear and loyal FRIEND.

What else is characteristic to that breed? A shiba makes quite strange noises – ranging  from barking to croaking – and sometimes it is even meowing like a cat. There is something cat-like is shibas in general, if you take a look at their whiskers, agility while hunting and the fact that they lick their coats like cats do. Shibas are very clean dogs that do not emit a dog-like odor. And what is especially important to allergy sufferers, shibas’ coat doesn’t usually sensitize.

A shiba is alert and watchful. It doesn’t bark without a reason and if it does, it is not for a long time, so the owners and neighbors are not weary of its senseless howling. Dogs of that breed love off the leash walks in the forest but one should always bear in mind their “wandering tendencies” so shibas need to be taught to respond to recall commands from their early days.

The following link will take you to SHIBA INU dog standard: 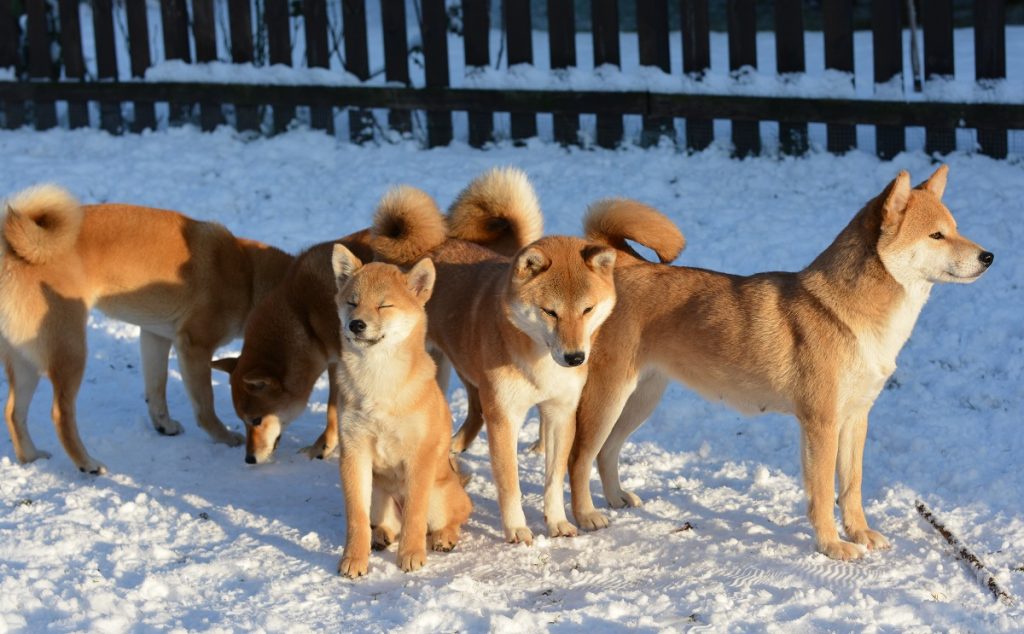